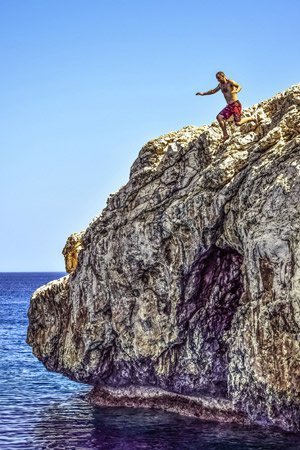 So, this thing about commitment. That’s the thing that stopped me, and lots of people I know, from doing lots of things in their lives. Imagining you’ve got to continue to deliver, to sustain from your own very limited personal resources. It’s that fear of being able to deliver. And also knowing that you can’t commit because you don’t know if you’re going to be here in five minutes’ time. I don’t know, I could go to India next month, or someone could die. So many things.

Our Commitment… to What?

What do we really commit to? What is commitment? How can a drop of water in the ocean commit to being anything except where the wave is carrying it at that moment? It might be that you are meant to be part of the still silent body of water in the depths that never sees the light. Or it might be that you are in the froth at the edge of the wave. You’ve no idea where you’re going to be. What power does a drop of water have to be anything other than the movement of the ocean?

It’s the same with us. We have absolutely no idea. We think we know. We go along, doing the best we can. So we have to be in this world, but knowing that we are not really of it. It’s the movement of the ocean of bliss. It’s the movement of life, and it carries us, and we don’t know. All we can do is say, ‘Right now, in this moment, I feel, I sense. I know to be here, to be part of this – to lend this thing (body), which has been given to me for a short period of time, to this movement of energy, which is here’. And whether we call it the Keyala Community or having a cup of tea with friends, it’s as light as that. As light as… ‘Would you like peach tea or mint?’

If you can make living your life as light as that, then what is commitment? You just do what gives deep pleasure and joy to the movement of Being – the real enjoyment, deep satisfaction of Being. And that’s what commitment is. Commitment is being that movement, and that pleasure and joy in this moment, and not caring whether in one moment’s time, another is here… 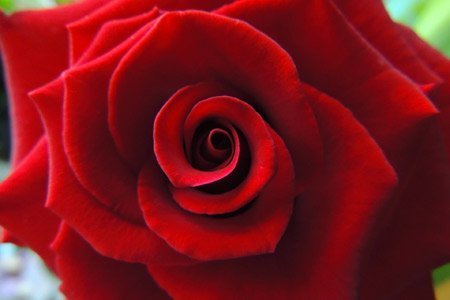 Here there is a little flower, a very temporary expression of the movement of Being. There’s an underlying matrix, at the moment, in consciousness, right now, and that is clustering and gathering people together for the purpose of more and more enjoyment of Being, of magnifying this newness, this drawing out of potential. It’s not just ‘we are meeting here in order to create the Keyala Community’ – it’s for us, right now. It’s the movement of Being. It benefits everybody. What we do for some idea is benefiting us, and everybody, because there is only One to benefit. In fact, there is really no-one to benefit – only us to enjoy – who are the expressions of this One Being.

So, commitment is only to follow what your heart says, right now. If your heart says, ‘Time to go for a walk by the sea’, then only you can know that. No other form can know that feeling. If you are playing a particular note in an orchestra, only that note knows what it feels like to be sounded as that note… no other note can say, ‘You should be like me!’ Commitment is not a heavy thing. It’s commitment to being only what you are and what you know in every breath; and if you feel any worry or anxiety about commitment, you are in the past or the future. You are not absolutely in the full flow of Being right now. So you move into what the full flow of Being is, and if that says, truly, from that flow, ‘Go walk by the sea’, then that’s what you have to do. But you only know it when you’re fully, fully in the flow. So this is not heavy, this is a game. This is light, this is playing. And the lighter we make it, the more we follow what we know, then the more the energy flow is there.

And the tsunami that’s coming (this huge wave in Consciousness that many people are feeling) is simply the result of the clustering together to be in the flow of more and more and more drops of water, as they gather themselves and surrender to the power of the wave. We have given away our power… as expressions of Being… we’ve done it so many times. And the power comes as we merge, as we allow ourselves to draw together to be in that flow, and the more water that accumulates, the more expression can be given to that moment, that power.

So if anyone feels that it’s fearful or too much: it’s just being out of the flow, or not being fully enough in your own flow to know what you really love to do and be.