Particle Physics and the Flow of the Wave of Life

The Error of Thinking Mind

We are here manifesting as body, in this magick mirage of light and sound, as polarised energy systems, looking like many, in reality only One. In a world which is formed from pairs of opposites constructed by mind, like electricity, a shimmering aurora borealis. Positive and negative, left and right, day and night, male and female, conscious and unconscious mind, always there are two poles in this movie. When the conscious mind recognises only itself, the seed and the root and the tree of our being are ignored and a huge imbalance is created which life moves to redress. It is a completely illusory misunderstanding of what life is. Mind sees only a very small aspect of existence, a tiny temporary particle and is blind to the underlying wave of its own existence. Particle physics is a neat analogy of human existence.

The Temporary Glitter of the Conscious Viewpoint

When only the viewpoint of the intellect is considered, when this conscious thinking mind has been reflected to us all our life, creating the conscious personality we mistake ourselves for, we miss a vast amount of energy. We miss the unchanging aspect of Being and are entertained by the sparkle of a tiny temporary particle. These little sparks flash in and out of existence like twinkling stars with the momentary existence described in particle physics. But without the underpinning wave of the ocean of life itself we could not see the splash of the wave in the sunlight.

The mind polarises, focussed and entrained by this tiny spark of conscious mind which is actually as helpless and unreal as a disconnected computer. It cannot function without the fire at the root of being. The conscious spark is as evanescent and as temporary as a flickering particle without the sustaining wave of existence.

When our conscious choices appear to fail, we (conscious mind) call this energy which works against the conscious intention, the saboteur. As we contemplate the so-called saboteur we fail to realise that our being moves towards wholeness, not destruction. It moves towards including all those aspects of our wholeness which for one reason or another have been abandoned like oxbow lakes separating energetically from our river of life along the way.

Catching the Attention of the Conscious Mind

We (conscious mind) see the experience of the undermining of our one-sided conscious direction as negative energy. We take our stand against it and the temporary sparkling mind fears it as an antagonist, when it is in fact the most loving of energies which can do no other than expand towards the full flowering of the whole tree of life. ‘Particle mind’ creates a divided house, at war with itself. We often feel we are going in circles or running a three-legged race in two directions at once. The dark side of our moon is that other greater, vaster, unknown depth of what we are. ‘Particle mind’ knows little of this, and wants even less to have such an inconvenient disturbing partner which is anathema to its illusory autonomous existence! This uncomfortable ‘sabotaging’, wonderful, dark, undermining, shadow side of life does everything she can to catch our attention in order to be involved in what ‘particle mind’ thinks of as its own possession. It is relentlessly emerging, like grass growing, evolving into life to LIVE its own creation!

The Unstoppable Evolutionary Power of the Shadow 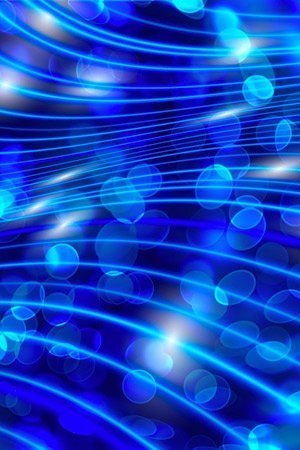 Unseen, unacknowledged, unaccepted, unlived energy is the very life force itself. It is our vibrant, powerful, evolving nature, our sexual energy, our kundalini Shakti, our living life force itself. This nuclear force which is embodied at about one percent voltage, when repressed creates accidents, mistakes, pains and aches, illnesses, depressions and other ‘undesirable’ emotions, loss of interest and bodily disturbances. How is this tension to be resolved? By simply embracing it all and watching it become one, whole. ‘Particle mind’ and wave both merged in the Yabyum of the dance of existence. Currently Rahu Devi lives out her disallowed power as abuse, terrorism, war and chaos. Like an enraged chained tigress Rahu Devi prowls her world causing havoc, chaos and disaster. She is a capped oil well bursting out and spilling all around. If she is not appreciated for what she is, welcomed and allowed to live openly she remains unevolved, unrefined, a chthonic projected harpy/devil, an energy to be feared or appeased by ‘particle mind’ which actually shivers in terror, knowing its collapsing house is built on shifting sand. She is Rahu Devi, a Caliban, a living Tsunami, who must express her energy somewhere somehow and she does this creeping in the shadow, in secret, wherever she can find a crack in the conscious control to force her way through. She is as unstoppable as a blade of grass pushing through concrete, a volcano which is ripe for eruption, or a woman in childbirth.

If this little conscious mind seed had the tiniest glimpse of awareness of the richness, power and genius available in the ‘unknown’ (which is only unknown to ‘particle mind’), we would never move without consulting the Living Intelligence that is what we truly are. Total humility is required, and this requirement becomes a demand when it is resisted. The mercurial arrogance of the conscious mind has to lay down its head in the Heart and accept that it knows only by the light of the Self, and is nothing alone. Buddhi, intellect, is simply the temporary ‘light at the doorway’ which fades in the dawn of the Sun of the Self. For truly sustainable undivided Life, ‘particle mind’ must humbly acknowledge the true owner of this evolving Shakti-child of bodymind, and allow that nuclear fusion, that marriage in Oneness that is the destiny of Life.

The Plight of the Conscious Mind in the West

In the west the conscious mind has not stood much of a chance of becoming integrated into the whole, of experiencing true nourishment! The invisible existence, the vast pulsating reality beneath the thin surface film of our everyday life is not often lovingly reflected to it, and so the conscious mind believes it is lord of all. However the mind is also the beloved child of the heart and requires a language in which to interpret experience and in which to translate it. To show it how it is to simply be with the flow of life. So that the mind can see that this is all there is, a flowing wave, a rhythm, an endless pulsating bliss, not simply a glittering particle, a flash of sunlight lighting up the very temporary shape of the wave.

If the mind surrenders the idea of the cup and shifts identity to being the water within, then changing and unchanging are clearly seen to be aspects of the same existence and spontaneously merge into One. If we can allow the experience of body, embodiment, to expand, and fearlessly invite in the unknown, we naturally become… everything. If we can be primarily the wave of life expressing as body, then the story of this limited ownership of life by the conscious mind is finished. No more I, me, mine, – or even ours and yours, an ownership which is all illusory anyway, a particle with no fixed or permanent existence. This is the axis which is shifting as evolution relentlessly takes place. As Kabir says, cut the ropes of mind while life fills this body because this event can never happen when life is gone from the form.

This how we can understand what Jesus said about Mary having chosen the better part in the gospel story of Martha and Mary, (the two sisters of Lazarus, who was raised from the dead). Mary sat silently in (apparently lazy!) contemplation at Jesus’ feet while Martha was ‘busy with many things’, cooking and cleaning… and being ‘good’! This is why Krishna distracted the Gopis from their husbands and their lives and why Gautama the Buddha willingly sat for an eternity under the Bodhi tree. And why all distraction has been removed from Jeanette’s life for her to be hours and days and weeks and months in silence alone in this house. Life is contemplating Itself as it births its next phase. This is what some of those whom men call enlightened have realised. Total simplicity. The wisdom of a child. Oneness.

Back to Resources page